As the title suggests, a day of 2 halves. Old friend Tim was down from Scotland so we planned a walk, Whitbarrow was the choice. We met near Low Fell End and set off under sunny skies up the zig-zag path. 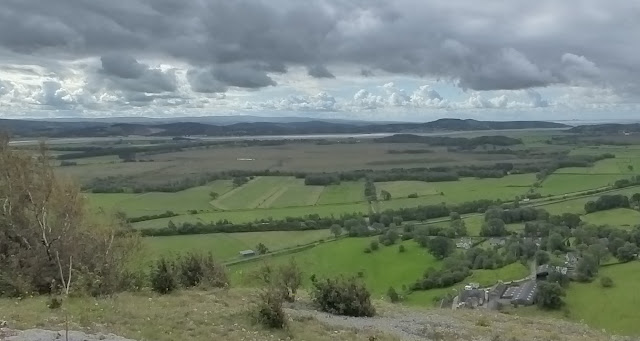 A short detour from the main path brings you to this viewpoint, Millside is below, Morecambe Bay beyond...Blackpool Tower was visible with the naked eye. 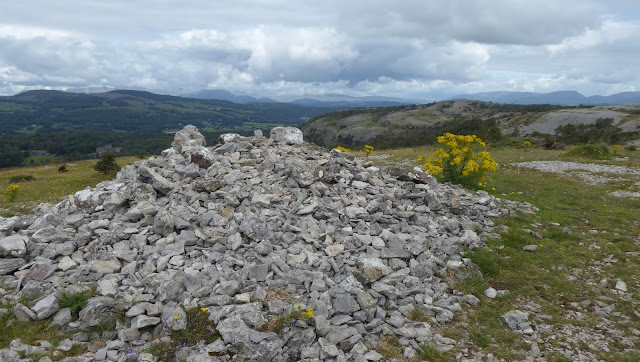 Looking North from the first highpoint. The Lakes Fells in the distance.

Having visited the summit (Lords Seat), we descended by Bell Rake into High Park Wood. then crossed the valley and took the bridleway onto Yewbarrow. This is a panoramic looking back at Whitbarrow Scar. 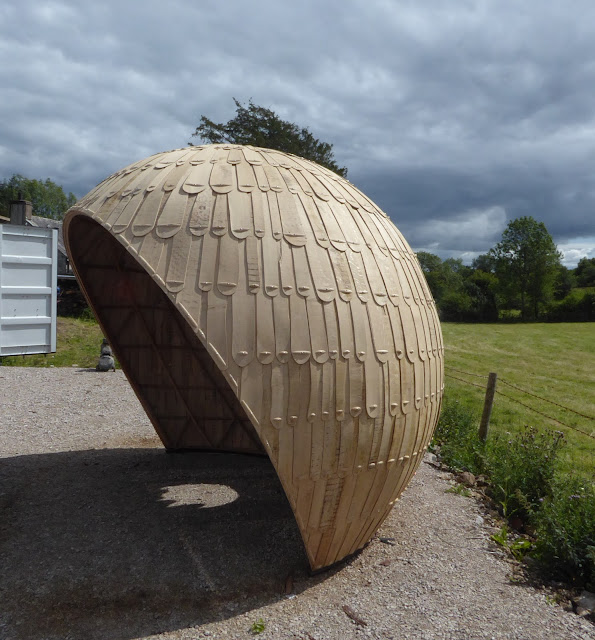 A number of overgrown paths were taken to bring us back to Beck Head. Here there is a craftsman, this is his latest creation. 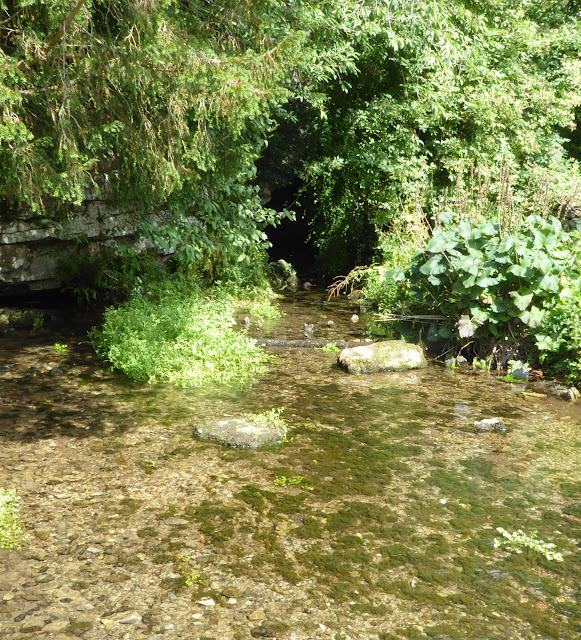 The resurgence at Beck Head. Some more overgrown paths and we were back at the cars.
A great day, always good to catch up with Tim in person rather than on the phone!
I'd only just returned home and received a text from @ianwood2011 saying he was going to camp at the summit of Calf Top. So a quick bit of packing and a short drive to Barbondale to meet at Short Gill. 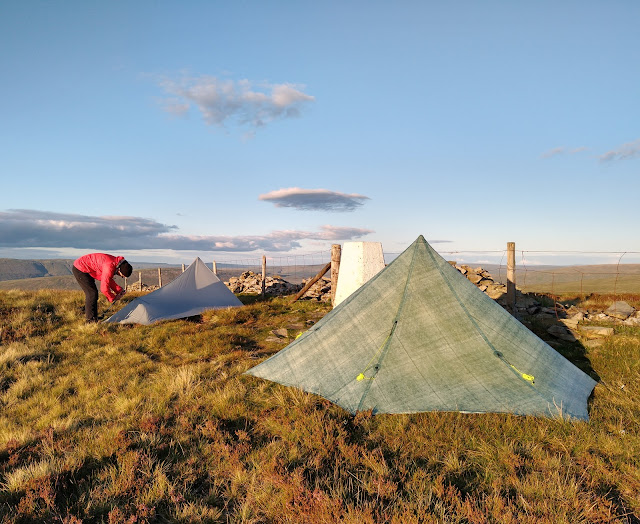 It was a stiff climb from the valley bottom onto the ridge. We found some water and filtered it then walked along the ridge to the trig on Calf Top. 610m so just misses out on 2000' status. Ian was using a new shaped tarp and bivibag....I had the Tramplite shelter. We expected a sunset but the sun simply disappeared behind a bank of cloud. There was however a stiff breeze, which meant that conversation was carried out from within our respective shelters! 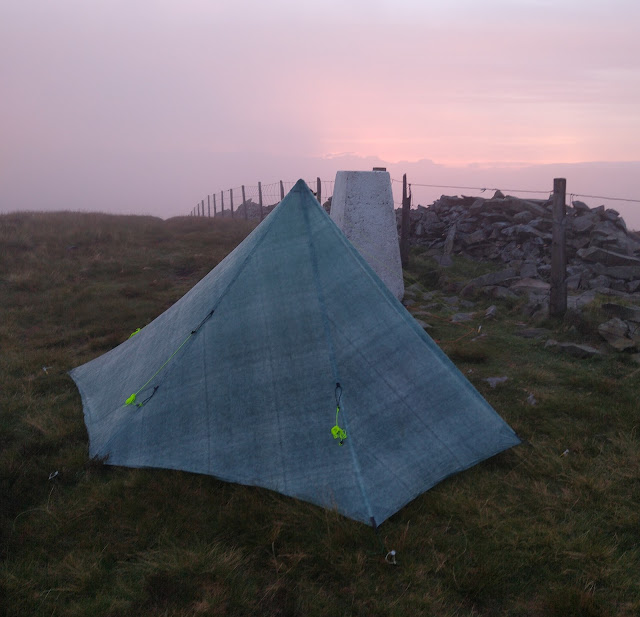 The wind dropped a bit overnight, and a shower passed through. No sunrise this morning, a quick descent reversing our route of yesterday evening back to the cars. Back home for my breakfast!
A short trip...and a better effort at pitching the Tramplite.
Posted by Al at 11:29